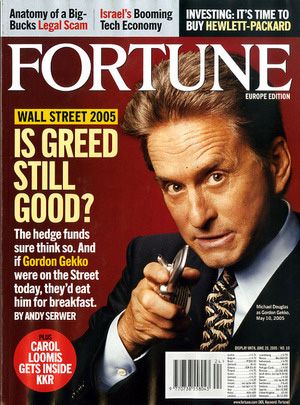 Oliver Stone’s “Wall Street” sequel, subtitled “Money Never Sleeps,” is a hit. It’s a formula Hollywood movie in the great sense. For the first time in a long time, the formula works.

There are many good things to say about “Money Never Sleeps.” The script sings and zings with excellent dialogue and memorable one liners. It’s a simple story of greed and morality, with a twist you can see from the beginning. But the players are winning, and Stone doesn’t get bogged down. He plays the 2008 financial crisis like an end of the world movie. It’s “Deep Impact” but the falling Dow Jones averages are meteors hurtling to Earth.

Michael Douglas returns as Gordon Gekko after 23 years. It’s a slow starter performance, deceptively sly. I kind of prefer him this year in “Solitary Man,” but don’t be mistaken: as he says in the film, Gordon Gekko is back.

WS2 should be released now, not in the fall. It’s very timely. Maybe greed is good now, but so is this movie.

My Oscar prediction: Frank Langella will be nominated for Best Supporting Actor. He is outstanding, and carries the first half hour of the film brilliantly. He leaves an indelible impression.