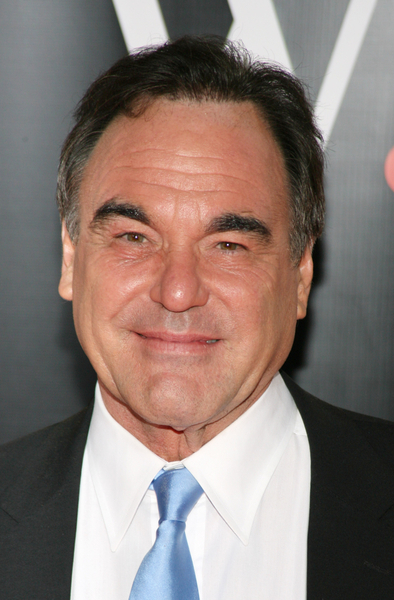 But he won’t be sticking around Cannes for long.

Stone will take his documentary about South American dictators, called “South of the Border,” to Madrid on May 18th for its worldwide premiere.

Ten days later he’ll show “South of the Border” in Caracas, Venezuela, to film buff and evil dictator Hugo Chavez and other officials at a premiere in that country.

From there, Stone will be all over South America with the film, described as a “political road movie.”  The tour includes the “first-ever film premiere” in Cochabamba, Colombia. (A red carpet always seems more official with machine guns!)

So far, there are premieres set for each of these countries except for Cuba. But that’s the one–should it occur, and why not?–that would be the hot ticket.

The presidents of these countries will no doubt have controversial, anti-American things to say, many of which will then be ascribed to Stone himself. But I want to hear every word these guys have on their minds. “South of the Border” should be powerful and memorable, to say the least!