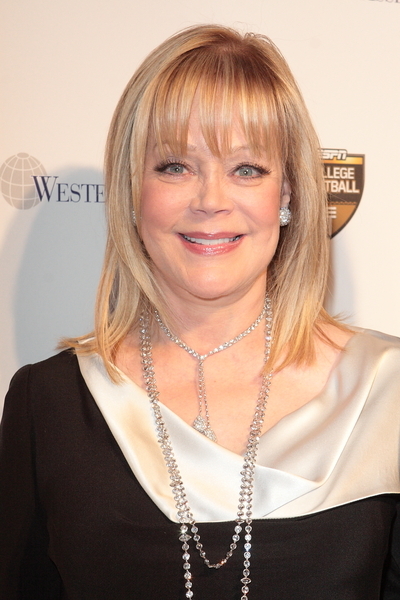 Candy Spelling is in New York and taking it by storm. And just like they sing in the Mel Brooks musical, she “wants to be  producer…”

On Tuesday Candy hit Michael’s, where Barry Diller was reaching the tipping point with Malcolm Gladwell, and uber literary agent Lynn Nesbitt was listening to Shirley Lord Rosenthal. On Wednesday, it was the Four Seasons. In the Grill Room: no less than Henry Kissinger (dining with uber literary agent Lynn Nesbitt), Mort Zuckerman, Michael Ovitz and the Pace Gallery’s Arne Glimcher. Liz Smith broke bread with two editors from Good Housekeeping. Carly Simon wandered in, looking for musician John Forte. It turned out he was at the Four Seasons Hotel. Who knew they had lunch there?

Candy is turning into a Broadway angel. She has money in “Promises, Promises.” Next year, she’s invested in “How to Succeed in Business Without Really Trying,” also directed by Rob Ashford. For opening night of “P,P” she sent the cast a life size solid dancer’s leg made of chocolate. She’s getting involved in the whole process. Since the opening, she’s gone to the box office, dressed down in jeans and diamond earrings the size of small comets, to see what’s happening. “I like to see who the audience is, and what they’re saying.” She knows that the show is good, but that it’s Kristen Chenoweth and Sean Hayes who are selling tickets. She’s thrilled with the notices for Katie Finneran, a cinch Tony nominee for Featured Actress.

Yes, she’s in touch with scripted reality show star daughter Tori. Her son, Randy, is living in Portland, Oregon, working as a Life Coach, and is getting married to a psychic. It’s just Candy and her dog, Madison, rambling around her infamous 80-plus room manse in Beverly Hills.

This is what I liked the best about Candy Spelling: her dog has a website: www.madisonspelling.com.

Far from being what she even calls a “trophy wife,” Candy is no fool. “I handled all the books and finances at home,” she says of her long marriage to late TV legend Aaron Spelling. She ran their mega mansion in Beverly Hills, which is now for sale. Eventually she will move to a lavish townhouse condo in Century City. This is called “downsizing.”

Why the interest in Broadway? “Aaron didn’t fly and didn’t like to travel. I never left L.A.,” she said. Now she’s finally able to do some things that interested her. Musicals will be a priority. Don’t be surprised if she winds up taking a place in New York. Candy Spelling is going to be a force on Broadway, and quickly.

PS Just a few tidbits from her past. Candy does not get along with Aaron Spelling’s old partner, Leonard Goldberg, or his wife Wendy. (“She doesn’t like me,” Candy said.) Mrs. Spelling sort of concedes to being the model for Linda Evans‘ character on “Dynasty.” She admires Evans, she says, and also has a great relationship with Joan Collins. She talked about how she and Aaron met John Forsythe, and how he became Charlie to the Angels. Candy Spelling is a veritable encyclopedia of TV history. Frankly, she should write a book!