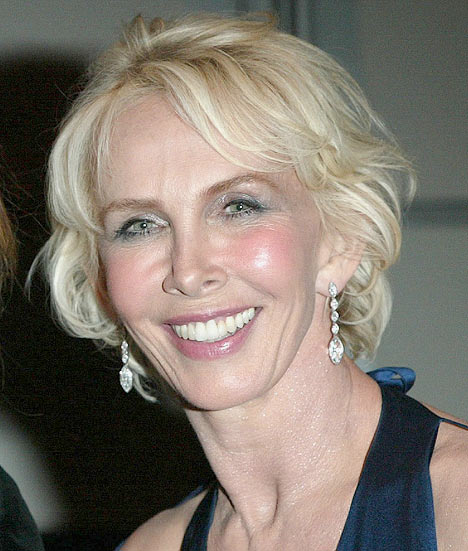 Usually nothing can stop the intrepid Trudie Styler from her appointed rounds.

But a screening of Jonas Elrod and Chloe Crespi‘s “Wake Up”– a documentary Styler exec produced–had to go on without her last night at the Tribeca Film Center. The Iceland volcanic ash cloud had left her in London, unable to attend.

So Styler called in husband Sting to the rescue. He was an able host, reading Styler’s regrets to the crowd of friends and family. Sting liked the doc so much, by the way, that his song, “Fragile,” appears over the end credits.

The often wacky, very new Agey doc is Elrod’s story of how he awoke about four years ago to visions–of angels, demons, and ghosts. He proceeds to document his journey into the world of the supernatural and unknown. It’s as if a flash-sideways from the show “Lost’ became a reality. The audience loved it. I predict a cult hit.

The film will be out on DVD next month. You can read about it at http://wakeupthefilm.com/.

In the meantime: Sting appears with the Roots this Sunday in Washington, DC for an Earth Day celebration on the Mall. Styler was supposed to speak at the concert, but the Cloud may prevent her from traveling.