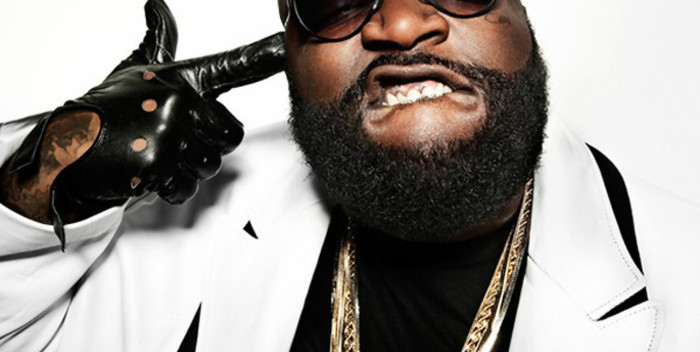 Rick Ross, a rapper who Billboard says is being managed by Sean P.Diddy Combs, lost a major and potentially career damaging civil case in Manhattan yesterday.

A Federal court jury ruled that Ross would have to pay $300,000 to DJ Vlad, aka Vlad Lyubovny, for allowing his entourage to beat the guy to a pulp.

Ross, aka William Leonard Roberts II, records for DefJam. Lyubovny was beaten up by Ross’s entourage at the Ozone Awards on August 10, 2008 in Houston. The blogger and DJ is also a vice president at SRC/Universal Records.

The reason? Ross was angry that Vlad had revealed in a blog that prior to being a rapper, Ross was a corrections officer in Florida. Lyubovny’s injuries included a broken eye socket, a broken nose, nerve damage to his face, cheek, upper lip, teeth and gums– all of which required seven stitches under his right eye following the attack.

Brian D. Caplan of Caplan & Ross, who represented Lyubovny at the trial, issued a statement: “There is no place in civilized society for members of the media to have to fear retribution for their news coverage and commentary. The jury awarded Mr. Lyubovny $250,000 in punitive damages against Rick Ross to send a message that such conduct will not be tolerated or condoned.”

Weirdly, it’s since all this happened that Combs, according to Billboard, has become close pals with Ross. According to a report yesterday in Billboard, not only is Combs managing Ross, but Ross is helping to write Combs’s next album. He’ll need the money.

Combs may feel sympathetic to Ross. In 1999, he was accused of attacking Universal Records exec Steven Stoute in his office, ambushing Stoute and beating him with a Champagne bottle, a telephone, and a chair. The case was settled out of court, with Combs pleading to harassment instead of felony assault and reportedly paying Stoute half a million dollars.