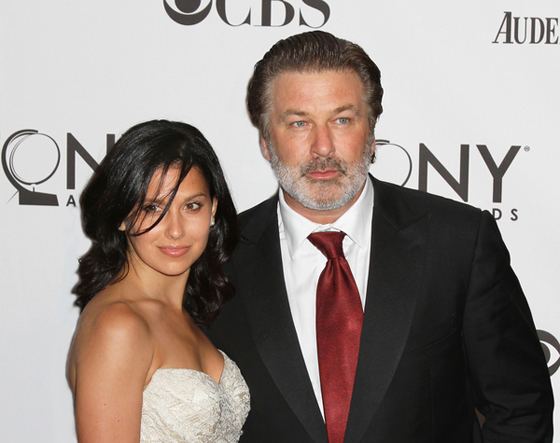 As far as I can tell, Hilaria Thomas Baldwin didn’t Tweet during James Gandolfini’s funeral. I think the reporter for the Daily Mail, who is in Los Angeles, got the time zones confused. According to the time stamps on Hilaria’s Tweets, which are clearly marked for anyone to see, she Tweeted before and after the service. She re-Tweeted Rachel Ray, but the time stamp on that Tweet was from the original Tweet which Ray had sent out.

The funeral ran from 10:05am-to about 11:30am. Hilaria has a Tweet at 11:47am about making smoothies. I know that I was out of the church by 11:55am and I left after they did. I stopped and had long talks with Vince and Maureen Curatola, and with Aida Turturro.

The time stamps for the rest of Hilaria’s Tweets are 1:17pm and 2:09pm. I think the reporter thought these were at 10:17am and 11:09am. They were– but translated into his time zone. The funeral was long over by then.

Hilaria: The poor woman is seven months pregnant. It was sweltering in the church. I spoke to the Baldwins a few minutes before the service. She already looked like she was suffering from the heat. They had no air conditioning in St. John the Divine, just big fans that didn’t help. Occasionally there was a breeze.

Of course, I can’t address Alec Baldwin’s response. He clearly has anger management issues. But this constant nitpicking on people by so-called reporters with nothing better do must stop. I don’t know Hilaria Baldwin beyond small talk. But she seems like a very nice person. She certainly doesn’t deserve this treatment.