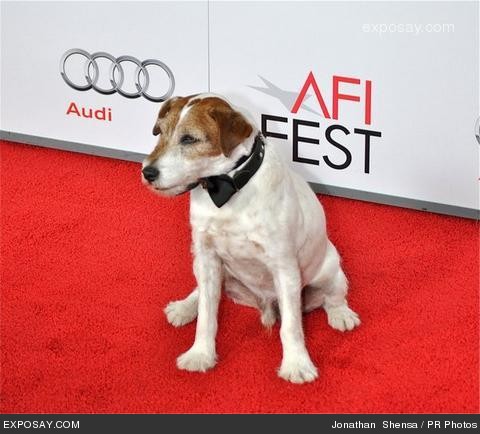 What’s happening with the Best Supporting Actor category this year? For one thing, a Jack Russell terrier–yes, a dog–gives the most consistent and memorable performance. Uggie, from “The Artist,” would win if I and PETA could say anything about it. By the time this weekend is over, Uggie will have signed with CAA and be hanging with Leo, Brad, and George at popular Hollywood watering holes. It won’t be long before, like “Zelig” and Justin Bieber, he’ll be named in a paternity suit. Uggie is a superstar. The Academy may balk at nominating him simply because the horse in “War Horse” may then ask to toss his name in the hat.

Aside from Uggie, there are many human choices for Best Supporting Actor. Corey Stoll, as Hemingway, in “Midnight in Paris,” is a find. Albert Brooks just about steals “Drive” from Ryan Gosling and the very good Bryan Cranston. Sacha Baron Cohen, aka Borat, simply lights up “Hugo.” Kenneth Branagh does some of his best work ever in “My Week with Marilyn.” And there are more. Both actors from “Carnage”–John C. Reilly and Christoph Waltz. James Badge Dale in “Shame.”  And Jim Broadbent is outstanding as Denis Thatcher in “The Iron Lady.”

There are more to add to the list. But that’s a good start. And really, Academy voters, the dog gets a write in.