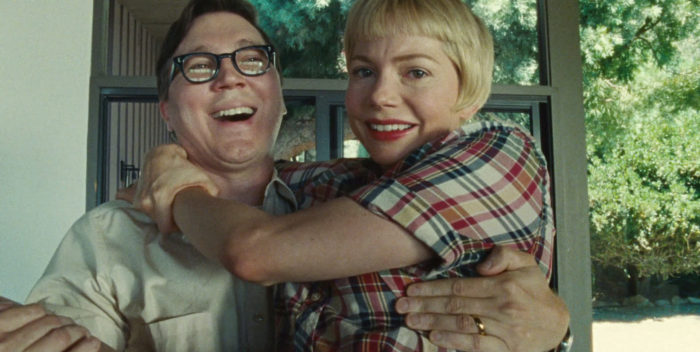 “The Fabelmans” is alive.

For the Tuesday night box office, following the Oscar reveals in the morning, that was the biggest increase of any movie in the awards race. “The Fabelmans” came within 4% of doubling its audience from the previous night.

The fact is, “The Fabelmans” is more like a Best Picture than any movie in the running this year. Academy members may finally be catching up to it. Michelle Williams and Judd Hirsch give impeccable performances. I disagree with anyone who says Michelle should have been in the supporting category. She is the lead in this movie. The story is about her character’s frustrations and transformation. And Hirsch’s appearance in the film is pivotal. It’s also incendiary.

We always used to say that the Best Picture is the one with heart and soul, and the Big Picture. “The Fabelmans” is about family as a living organism, and now it repairs itself and keeps moving forward. The other films this year are all very good. I know there’s a push for “Everything Everywhere All at Once.” It’s very innovative except that no one really can figure out what’s going on. The images are sensational. The actors are so much fun, but it’s an explosive cartoon. It’s not a drama for the ages.

So we’ll see what happens when ballots go out for final voting. In the meantime, go see “The Fabelmans” on a big screen. Pay attention to the tablecloth scenes. I think they’re key to the whole thing, more important than hot dog fingers. (Those fingers are not Hebrew National. You can tell by the color!)