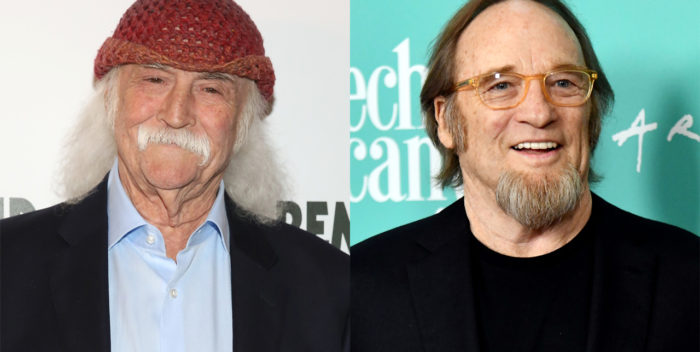 David Crosby’s bandmate Stephen Stills has sent this message. Again, they were friends for about 55 years.

“I read a quote in this morning’s paper attributed to compose Gustav Mahler that stopped me for a moment:

“Death has, on placid cat’s paws, entered the room.”

I shoulda known something was up.

David and I butted heads a lot over time, but they were mostly glancing blows, yet still left us numb skulls..

I was happy to be at peace with him.

He was without question a giant of a musician, and his harmonic sensibilities were nothing short of genius.

The glue that held us together as our vocals soared, like Icarus, towards the sun.

I am deeply saddened at his passing and shall miss him beyond measure.”

“25 years ago, David took me to rehab and saved my life – I wish I could have saved him this time. I will miss his humor, his intelligence, and his deep body of work.” -Grace Slick