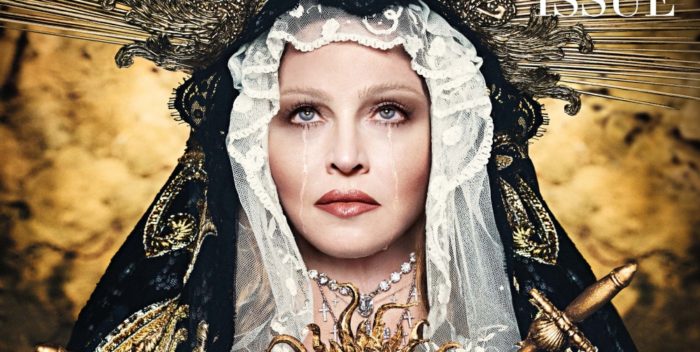 Madonna got the cover of Vanity Fair this month, but only in Spain, France, and Italy.

Vanity Fair’s PR team chugged out a blitz today proclaiming Madonna on the cover of the Icons issue. But whatever that is, it’s not in English and it’s not in this country. it’s confined to Europe.

The February cover of Vanity Fair, if anyone cares, is Channing Tatum promoting “Magic Mike 3.”

Madonna is announcing her Celebration Tour coming this summer, which is mostly in the US and definitely in English. As usual, she’s posed for a photo shoot involving Catholicism and her shaky relationship with the institution. On same days she says she’s Jewish and a member of the Kabbalah cult.

Why would Vanity Fair snub Madonna? One reason might be that she’s just not topical or of the moment. The other is that she holds an Oscar party that rivals the magazine’s. Big stars use the VF party as a photo op, then peel off to either Madonna’s party or Jay Z and Beyonce’s– and that’s whether Madonna is there or not.