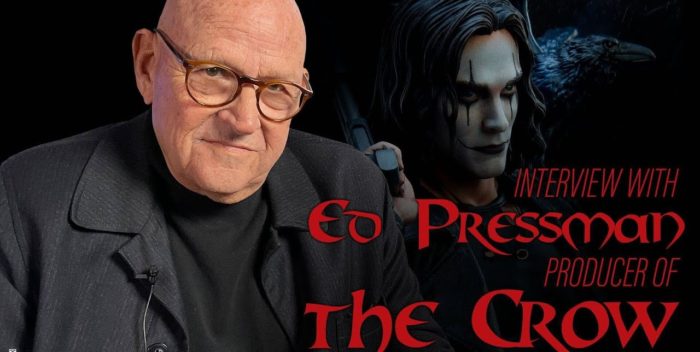 The great film producer Ed Pressman has died in Los Angeles. He was 79, and beloved in the industry.

I’m lucky to say Ed, his wife Anne and son Sam have been friends of mine for a long time. The Pressmans are uniquely lovely people in a terrible business. How Ed managed to maintain integrity and still be hugely successful is a mystery. He was always up against a tough world but made it work.

Ed burst onto the movie scene in 1973 when he produced Terence Malick’s debut film, “Badlands.” His dozens of credits that followed included Oliver Stone’s two “Wall Street” movies, “The Crow” series, and a terrific Al Pacino film called “City Hall.” Some of his other major successes were Barry Levinson and Pacino’s Emmy nominated “Paterno” for HBO, “American Psycho,” the excellent “Blue Steel” with Ron Silver and Jamie Lee Curtis, “Reversal of Fortune” with Jeremy Irons, Abel Ferrara’s best movie, “Bad Lieutenant,” with Harvey Keitel, Charles Burnett’s acclaimed “To Sleep with Anger,” John Byrum’s “Heartbeat” about the Beat Generation poets, and the “Conan the Barbarian” series, and a cult film I loved called “Cherry 2000” with Melanie Griffith. And that’s just a sampling.

What Ed did which was so brilliant: he made movies in New York, he made moneymakers and art films, mixing it up and taking chances on small films that would last and be eminently watchable over the years. He was awarded the prestigious John Cassavetes Award from the Spirit Awards in 1991 for exactly that reason.

A light dims in Hollywood and New York. Condolences to Ed’s remarkable family. Look for tributes today on Twitter. He will be sorely missed and always remembered. Producer Cassian Elwes posted: “Ed and his wife Annie befriended me when I was just starting out and invited me to parties and events when I knew no one. That type of acknowledgment and acceptance meant everything to a 23 year old wannabe and I will never forget it. Lastly about pressman. He’s the guy I looked up to in the business because he never took no for an answer. He made sh.. happen which I aspire to every day.”