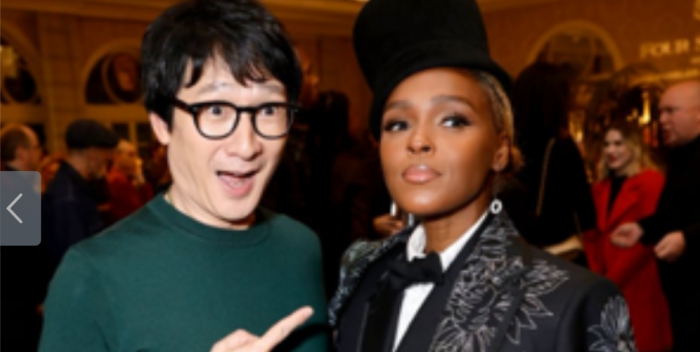 “Glass Onion” director Rian Johnson told me Saturday afternoon he’s too busy with his “Knives out” series to think about doing another “Star Wars” movie. U told him that online fans had suggested actors like Elliot Gould and Patricia Clarkson for the next installment.

Johnson was all for it. I asked him if he’d consider bringing characters from the first two movies into the third, aside from Daniel Craig as Benoit Blanc.

“I’ve had so much fun and luck coming with each new group,” he said, “I don’t think so.”

That would be took bad for his star, Kate Hudson, who made a rare appearance at the annual BAFTA tea party at the Four Seasons Hotel. Hudson is a successful businesswoman but she was nominated for an Oscar 20 years ago for “Almost Famous.” I told her it was a shame she didn’t act in more films.

“It’s not my fault!” she said. “It’s getting the material. Also, it was getting my kids off to school. I want to work! I think some things are coming up!”

I ran into Wayne Knight, who will always be known as Newman from “Seinfeld.” Such a nice guy. He gets no money from “Seinfeld” reruns, how do you like that? Whenever we hear about “Seinfeld” raking in the the bucks in syndication, Knight isn’t part of it. And yet, the Newman-Seinfeld greeting remains key to the show. How does he like seeing himself over and over from 30 years ago? He likes it, but wishes audiences would appreciate him now in 2023. We’ll keep an eye out for him!

Ke Huy Quan has become the awards poster boy for 2023, from “Everything Everywhere All at Once.” He’s won a bunch of awards. He may win today. He played Short Round in 1984’s “Indiana Jones and the Temple of Doom.” The following year he was in “Goonies.” Both films were from Steven Spielberg. Then he had 30 years in the wilderness, so to speak. He is so genuinely excited and moved to have a new shot at an acting career, everyone gravitates to him. He still doesn’t have new gigs, but he’s hoping for some. If his career takes off now, will he remember all of us down the line? “Absolutely!” he said. “I’m not going to change.” I believe him. His wife is a doll, by the way.

And Angela Bassett? She’s on her way to an Oscar, at last, as Queen Ramonda in “Black Panther Wakanda Forever.” She’s also in her sixth season of Fox’s “911” series. She had a whole episode devoted to her character earlier this season. If only Emmy voters would consider network TV for awards, Bassett would be getting two statues this year. Hello, Emmy Awards!