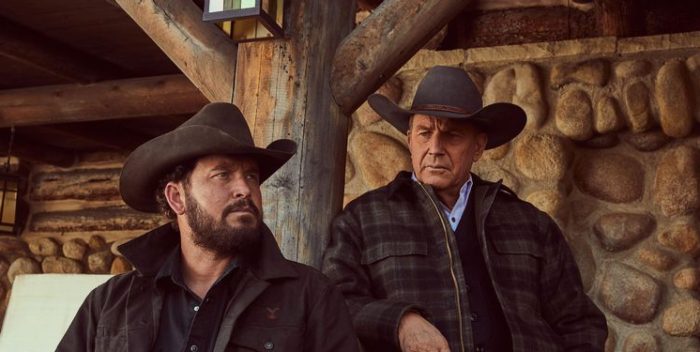 Just as always, “Yellowstone” is booming on Sunday nights. This past Sunday the Kevin Costner horse opera brought in around 9 million viewers on the Paramount Channel and CMT. Yee hah!

But “Yellowstone” is not creating hit spin offs. Following the main show at 9pm comes the very expensive “1923” prequel starring huge movie stars Harrison Ford and Helen Mirren. The thinking was that this combo would make another “Yellowstone.” Alas, it’s not happened.

While “Yellowstone” has 9 million viewers, “1923” is not taking off as planned. On Sunday, 54% of the viewers tuned out at 9, leaving just 3.7 million on the main channel and a similar decline on CMT.

“1923” follows other “Yellowstone” spin offs like “Tulsa King,” and “1883,” which had likewise samplings but haven’t found the popularity of the original show.

What’s missing from “1923”? I’m not sure but according to people who saw it, Ford and Mirren only appear briefly. This sounds a lot like back in the day– waaaay in the past– when the “Dynasty” spin off “The Colbys” advertised Barbara Stanwyck as their matriarch. She lasted a few episodes and then rode off into the sunset.