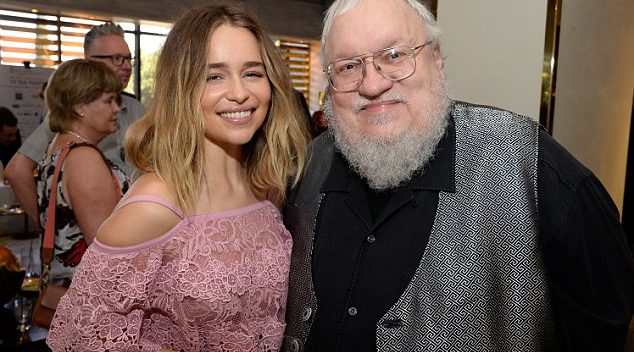 Are we surprised that when he’s traveling he can’t get emails because he doesn’t use a laptop? Does he have a smart phone? Who knows? Does he know he can read emails on one? Doubtful. After all, he lives in Westeros in his mind.

Martin says he’s working on season 2 of “House of the Dragon” as well as “several of the other successor shows that we’re developing with HBO. ” He says that some ideas are moving faster than others, although none have been greenlit yet. He adds, “A couple have been shelved, but I would not agree that they are dead. You can take something off the shelf as easily as you can put it on the shelf. All the changes at HBO Max have impacted us, certainly.”

And yes, he hasn’t forgotten about the very overdue “Winds of Winter,” which if we see it one day may overturn the whole ending of the TV “Game of Thrones.” But look, he wrote all those original books. I’m always amazed by that. So whatever comes in 2023, just be grateful!