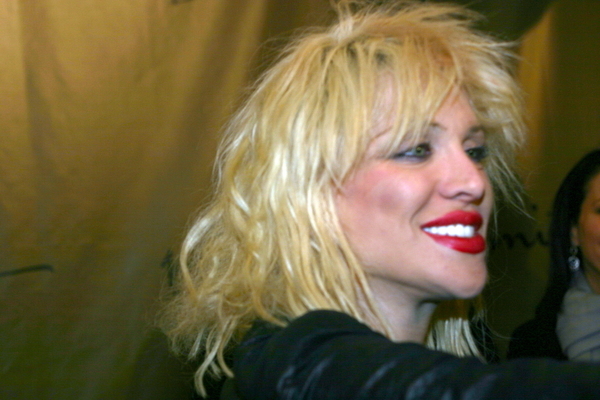 Courtney Love– I miss her. She always tells like it is.

Today, she posted a reaction to the reaction over her podcast interview with Marc Maron. Courtney says that she wanted a role and got one in David Fincher’s “Fight Club” starring Brad Pitt and Love’s then boyfriend Edward Norton.

But when Courtney rebuffed Pitt’s attempt to secure rights to a Kurt Cobain movie, Courtney says she was fired from “Fight Club.”

Some have reported this without a very important face. Courtney says it was Norton who had to break the news to her that she’d been fired. Ouch! No one mentions that they were together then. Courtney is a good actress, so getting “Fight Club” wasn’t a stretch, plus she and Norton together would have been a PR bonanza.

But she says Norton was the one to tell her she was off the film. It should be noted that they broke up around that time.

Courtney says on Instagram: “The point is Brad kept stalking me about Kurt.” She adds: “Every word of this is factual.”

I believe her. Twenty years ago, Courtney Love was everyone’s punching bag in Hollywood and the music biz. (I’ll never forget the nasty things Oliver Stone said about her when “The People vs, Larry Flynt” came out — and it wasn’t even his movie!) The fact she survived it all is a miracle. She’s 58 years old and still being more candid than anyone.