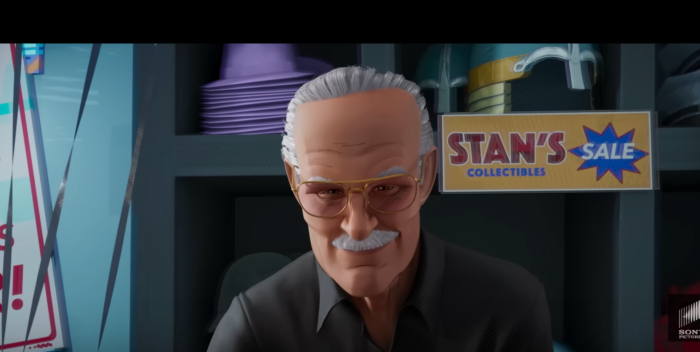 Marvel creator Stan Lee hasn’t put in a lot of appearances lately since his death.

But he’s back, in “Spider-Man: Across the Spider Verse.” He’s got a comic book store in this very animated cameo. When he was alive, Stan was always making cameos in Marvel movies. Nice to see death hasn’t stopped him!

BTW, the word “verse” is changing its meaning thanks to Marvel. Now when kids sing “Second verse same as the first” on camp buses, they’ll think they’ve crossed into another world.