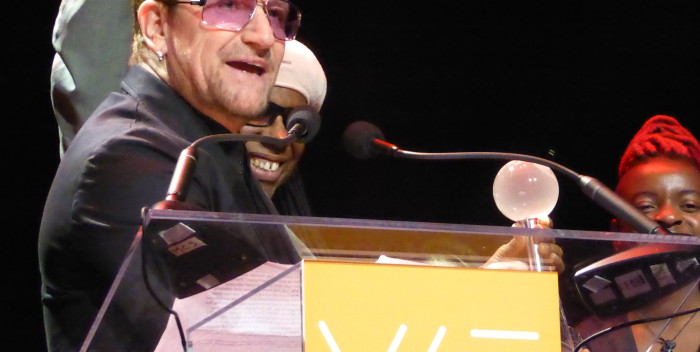 The leader of U2, Bono, has booked 8 nights at the Beacon Theater in New York for April. He’s launching his solo tour, called “Songs of Surrender,” named for his current best selling book.

A few weeks ago, Bono tested this show out at the Beacon and then hit the road on a book tour to major markets.

I guess he liked it. In the show, he can be more intimate and personal, singing songs he likes, reading from his book, and taking it down a notch from the big U2 stadium shows. The set list first time around had 16 songs, all U2 hits, just pared way down. This time around, I’d love to hear one of his best songs, “Stay (Faraway So Close”) and a little known one, “Original of the Species.”

Let’s hope those shows return next summer, however. As much as we love Bono, there’s nothing like the whole band.