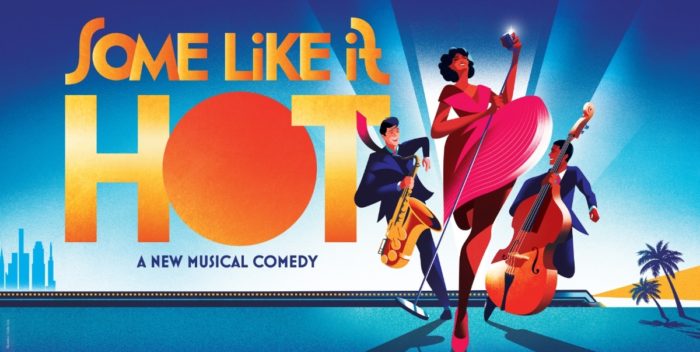 The Shubert Theater was ringing with ovations and applause Sunday night.

That’s because everyone’s favorite comedy, Billy Wilder’s 1959 hit, “Some Like it Hot,” finally became a hit musical. Directed by Casey Nicholaw, with a book by Matthew Lopez and Amber Ruffin, songs by Marc Shaiman and Scott Wittman, “Some Like it Hot” hearkens back to really great American musicals. Every number is full of inventive dancing, the sets and costumes are original and fun, and the whole thing is cohesive in a way we don’t see anymore.

And what a list of celebrities in the audience, starting with Bette Midler, and Martin Short, Tovah Feldshuh, Matthew Broderick and Sarah Jessica Parker with their three kids, Alessandro Nivola and Emily Mortimer, “Succession” star J. Smith-Cameron and playwright husband Kenneth Lonergan, Jane Krakowski, Nathan Lane, John Stamos, Matthew Morrison, Uma Thurman with her youngest daughter. They all knew something good was going to happen, and they were right.

This is not exactly like the musical. It is to a point, but that wouldn’t have filled two hours nor would it have felt fleshed out. Instead, this is a very contemporary take on the old story of two band members in 1933 who witness a mob murder and — putting on women’s clothes — join an all girl band on the road to escape a rub out.

Now Jack Lemmon and Tony Curtis’s Daphne and Josephine are played by J. Harrison Ghee and Christian Borle. But Daphne makes a surprising discovery in the second act that changes everything we know about “Some Like it Hot” — and it works. J. Harrison Ghee, who’s appeared in other shows, like “Kinky Boots,” is a breakout star because of it.

The rest of the cast is wonderful. I especially loved NaTasha Yvette Williams as the bandleader. Her voice and heft announce a new star from the first minute of the show. She’s like her own show! Adrianna Hicks soars as Sugar Kane, the Marilyn Monroe character from the movie. Again, the voice! It’s heaven singing the Shaiman-Scott Wittman songs.

And then there’s Christian Borle, who’s literally the straight man in this circus, dancing and tapping up a storm. He’s got to keep this gang grounded, and still make us care that his Josephine-Joe will somehow win the love of Sugar Kane. He does it with aplomb.

But “Some Like it Hot” is bigger than just its parts. Nicholaw is the captain of this ship, and he is dedicated to making it run smoothly and smartly. The newly imagined book by Lopez and Ruffin (yes, that cute Amber Ruffin from Seth Meyers’ show) is like a piece of architecture. They’ve updated a landmark building in the classiest way possible, including all the best elements and making it modern. Everything works once that foundation is solid.

The songs, by the way, are really good. They are actual songs. There’s even a title song at the end of the first act. Shaiman and Wittman have made them standalone hits. There’s none of the annoying singing of dialogue so prevalent now in musicals. These songs are seamlessly woven into the story, and they’re very catchy. I can’t wait to hear them again. (They’ve even made a terrific song from the movie’s famous last line, “Nobody’s perfect.)

So get online at Telecharge, or the box office, or however you get Broadway tickets. We have a multiple Tony nominee here, and maybe even the winner in 2023.