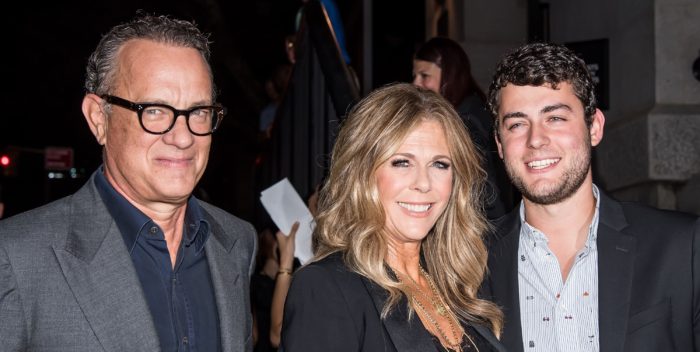 It’s no secret that two of Tom Hanks’s kids, Colin and Chet, are in the acting biz. Colin, especially, has a long list of credits. Chet’s had a more colorful life but he has a few credits and had some nice moments in “Greyhound.”

Now Tom Hanks and Rita Wilson’s youngest son, Truman, turns up a not so small role in Marc Forster’s “A Man Called Otto.” Tom plays Otto, a wily neighborhood curmudgeon, in this sweet character study. Truman, who has no acting experience, plays Otto in flashbacks. He has a natural charm and, of course, resembles his dad.

Prior to this, Truman Hanks has one credit as a glorified extra in Tom’s “News of the World.” But this time around, he’s a full character, and an important one. He acquits himself very well, and could easily have a career if he wants. After all, with Tom and Rita and Colin and Chet, it’s the family business.

“A Man Called Otto” doesn’t come out til the end of the month. There’s a review embargo, and most press haven’t seen it. I’d say the marketing strategy at Sony is unusual at best. But there are you are.