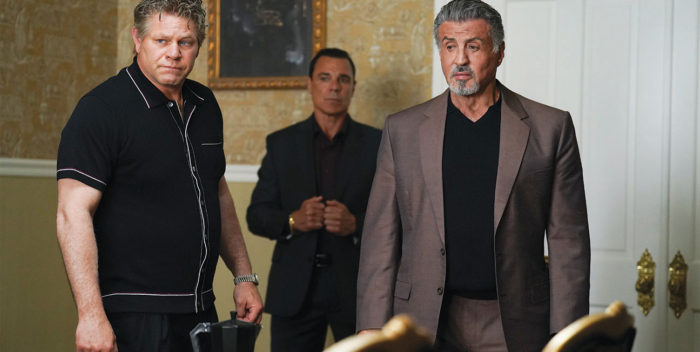 So far, Sylvester Stallone’s “Tulsa King” is no champ in the ratings. (That’s a reference to “Rocky.”) Despite low ratings, Paramount has renewed the series for a second season.

While Paramount Channel’s “Yellowstone” is drawing over 8 million viewers each Sunday, “Tulsa King” is not keeping the audience.

About 3.4 million “Yellowstone” fans stick around for the Stallone comedy about a mobster who moves to Oklahoma. That’s a 57% drop in audience.

Something will have to be done soon if “Tulsa King” continues into Season 2. Maybe there could be a “Yellowstone” cross over episode. Kevin Costner can visit Oklahoma. That would be pretty funny.

Stallone is already indicating that shooting this show is difficult and he’d probably like to get back to movies. Can he go back to “Rocky” after insulting producer Irwin Winkler over and over? I guess for the right money anything is possible.