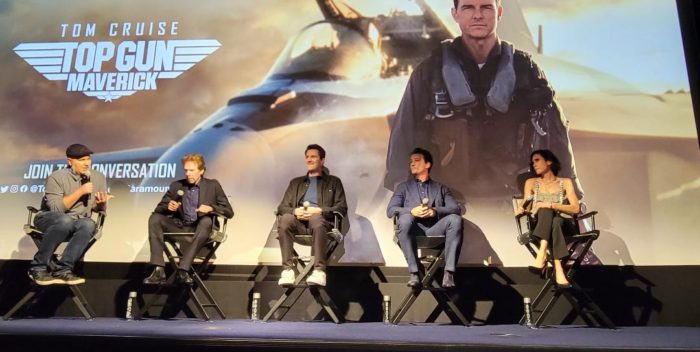 Call this “The Empire Strikes Back.” The Empire is of course Big Hollywood, which gets shunned by awards groups traditionally.

But “Top Gun Maverick” has made $1.4 billion around the world, half in the US. Audiences love it. The flying — all real — is out of this world. Jennifer Connelly, a past Oscar winner, grounds the whole film. Miles Teller and Glen Powell lead a group of pilots who are all charismatic. And then there’s Tom Cruise, who will probably get to announce Best Something at this year’s ceremony.

And the ceremony needs “Top Gun” for ratings. No one can object to that idea. The nine other movies are small potatoes at the box office. They might be “The Fabelmans,” “Tar,” “Till,” “Elvis,” “Pinocchio,” “Banshees of Inisherin,” “Empire of Light,” “Everything Everywhere All at Once,” “The Whale.” They will need “Maverick” to give the proceedings a big push.

“Top Gun” will run again in theaters from this Friday through December 15th. Check your local listings. PS I saw it again on a big screen a couple of weeks ago, and truly, it’s exhilarating.