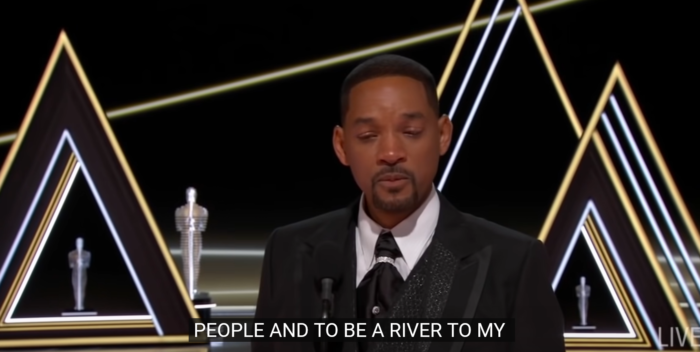 Exclusive: “Emancipation,” the $120 million Will Smith-Apple movie, comes to theaters this Friday. I’m told it will play in just 12 locations. Then, on December 9th, it goes to 200 theaters and debuts on Apple TV Plus.

Apple is trying everything to save this movie after the star’s famous on stage slap of Chris Rock at last spring’s Oscars. Smith is going hat in hand to every talk show, begging for absolution. Will it work? The Academy suspended him for 10 years. He’s never really apologized, he hasn’t made amends with Chris Rock, and so far hasn’t actually been “punished” for a whole year. It’s hard to imagine Academy voters falling over themselves to welcome him back so quickly.

Then there’s the question of the movie. Almost no one has seen “Emancipation.” a black and white movie in the vein of “12 Years a Slave.” Tomorrow Apple is screening it in Los Angeles, so reviews will pop at the last minute. That’s not a good sign. So far it looks like one of Smith’s preachier films– he’s famous for them. So regardless of Smith’s semi-contrition tour. “Emancipation” may just end up being a hit on Apple TV Plus, and that’s it.