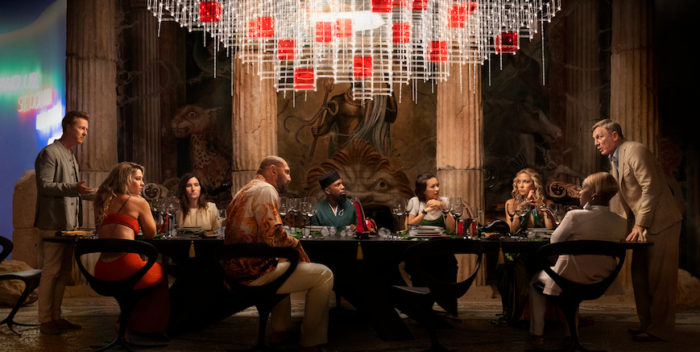 If “Glass Onion: A Knives Out Mystery” had played in say 3500 theaters for a month, it might have set records at the box office.

But Netflix sent it into very limited release last week– just 700 theaters — and for a short time, just til this Thursday.

Then if you want to see “Glass Onion,” you’ll have to watch it on Netflix.

In its theatrical release, “Glass Onion” is a huge hit. It’s made $13 million and will finish with upwards of $15 million. With its all star cast including Daniel Craig and Kate Hudson, not to mention scene stealer Janelle Monae, “Glass Onion” could have been huge not only in box office but as a draw to get people into theaters.

Now that opportunity is lost. People with whom I’ve spoken in the business are disappointed, and some even angry. Movie theaters are fighting for customers. Very few movies this season are hits. “Glass Onion” could have been a salve to a lot of problems. Instead, it’s an irritant.

And what about the Oscars? The first “Knives Out” received only a screenplay nom for director Rian Johnson. The new one could get another screenplay citation, plus supporting actress for Monae — but not if Hollywood feels cheated about the release.