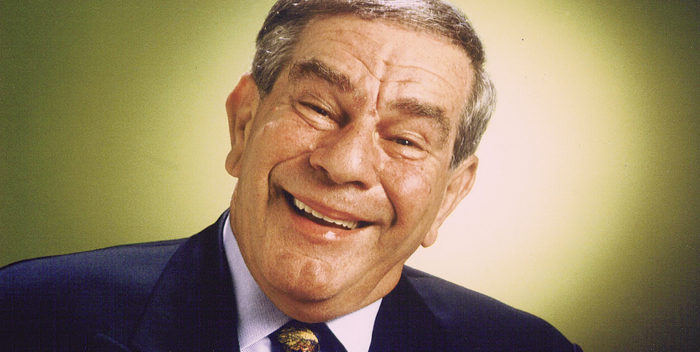 Alan King, Don Rickles, Jackie Mason, Shecky Greene. They were among the legendary giants of Borscht belt Jewish humor. What was the Borscht belt? It was the group of hotels and clubs in the Catskills to which Jews flocked in the 50s and 60s.

These comedians were so funny they spilled out onto The Ed Sullivan Show. Some went on to even bigger things. Others remained tied to their core audience. The greatest of these guys was Freddie Roman. He’s been ill for a long time, living in Florida. On Saturday he died at age 85.

Freddie worked the circuit of clubs, events, and so on. He was a beloved act in Las Vegas and Atlantic City. He also picked up the torch at the Friars Club when Alan King died and served two terms as Dean. (That Friars Club is now a memory, it’s dead. People keep asking me, and I can tell you, it’s gone.) Freddie was a toastmaster, a genial presence who unlike Rickles didn’t insult anyone. His jokes just hit home and you loved him for it.

Freddie conceived and wrote a hit Broadway show, “Catskills on Broadway,” that played 453 performances from 1991-93. The audiences couldn’t get enough of it and the show cemented Roman’s place in comic history.

Here’s the thing about Freddie Roman. You could call him at home and book a date. He was a mensch, always accessible. God bless him. I’m sure he’s already doing shtick with Alan King, and asking for lean pastrami at the Carnegie Deli in the sky. Freddie, you were a treasure and you will be missed.