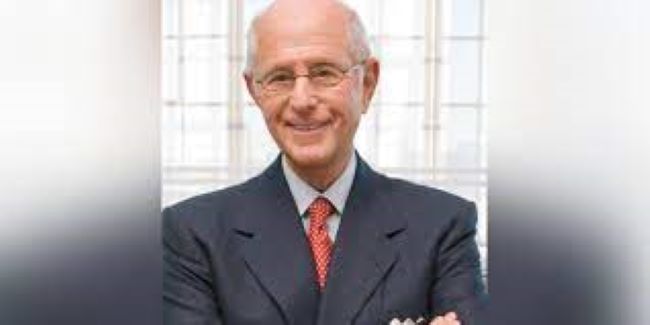 I am so sorry to hear of the death of the great Charles Koppelman. He was one of the true stars of the music industry, a mogul who shunned the spotlight but had a great impact on the culture. My condolences to his family including son Brian, who writes and produces “Billions,” daughters Jennifer Hutt and Stacy Koppelman Fritz.

You will see long obits for Charles because he started out in the era of the Brill Building as a writer-producer-publisher. Eventually in the mid 70s he became a huge publisher through his firm. The Entertainment Company, in which he partnered with Marty Bandier (late the CEO of Sony Music Publishing). The Entertainment Company logo was printed on dozens of hits at Columbia Records including Barbra Streisand and Donna Summer’s “Enough Is Enough.”

Let me jump ahead here. In the late 80s Charles’s wife, Bunny, heard Phoebe Snow singing what became an iconic Bloomingdale’s commercial on TV. Phoebe’s career had been in a lull for some time. Charles had started SBK Records with Bandier, and signed her up. The result was a comeback album called “Something Real.” SBK also piled on hits from plenty of other artists including Smokey Robinson and Boy George. The publishing side of the business was so successful that they sold SBK Entertainment to EMI for $300 million (SBK had been formed from the ashes of what was then called CBS Songs).

Charles was a music publishing visionary and so respected that when Michael Jackson ran into real trouble in the early 2000s, he chose Koppelman to co-manage him. Koppelman and his partner, Al Malnik, almost rescued Jackson until he was conned by brother Randy and the Nation of Islam into a convoluted deal. But it was Charles who helped me navigate Michael’s business dealings in those days and I will always be grateful to him. Years later Charles also helped manage Prince’s interests. He also at different times ran Steve Madden’s shoe business when he was in jail and Martha Stewart’s Omnimedia.

Charles Koppelman was one of the great gentlemen of the music business, and he will be sorely missed.