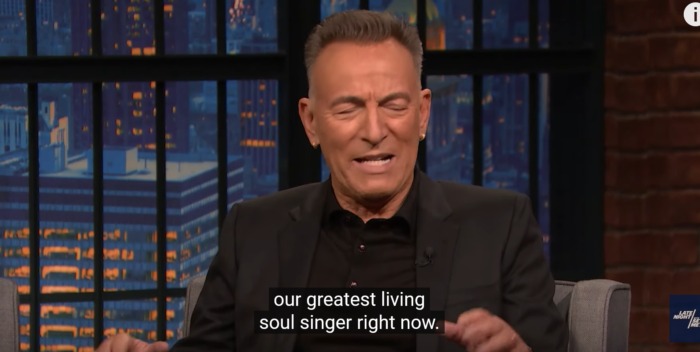 R&B legend and Rock Hall of Famer Sam Moore is featured on Bruce Springsteen’s new album. Last night Bruce sang Sam’s praises on Seth Meyers. See the video below, you can find those comments beginning at 4:34.

This Thanksgiving I give thanks for a lot of things, but also to Bruce for saying all these wonderful things. Sam & Dave were forgotten for a bit in the mid to late 70s after having such massive hits in the 1960s. “The Blues Brothers” brought them back, but Sam Moore didn’t get the proper recognition as a solo singer until later on. He’s since sung for all the living presidents and has been a regular at the Kennedy Center Honors.

Sam sang on Bruce’s “Human Touch” album and is also featured on various live performances. Bruce guest starred in 2006 on Sam’s “Overnight Sensational” album. Their friendship has been long and fruitful.