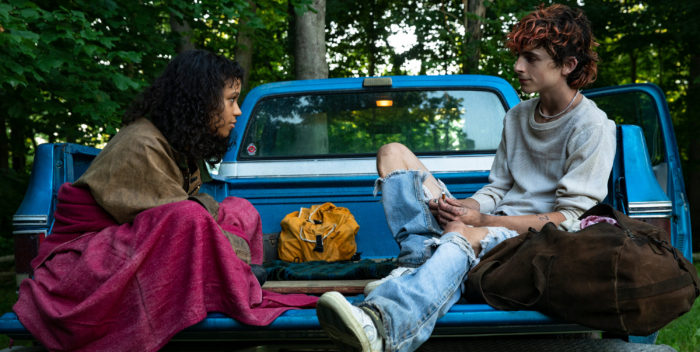 FRIDAY UPDATE: Thanksgiving diners found the movie indigestible. Dropped a whopping 53%, took in only $430,000 on Thursday.

EARLIER: “Bones and All” is dead at the box office.

Did I say in my review that Timothee Chalamet reveals in the film that he killed and ate his own father? Spoiler alert. At that point, you’ll be wretching.

“Bones and All” expanded on Wednesday to 2,727 theaters and made just $921,168. The total for six days in release is now just over $1 million. This movie is dead. The audience couldn’t swallow it without retching.

What could have been clever is so off putting there’s no place for “Bones and All” to go. Strange that cannibalism was so “in” this year. Another film, “Fresh,” starring Sebastian Stan, was just as disgusting if not more so. I’d say they’re tied. No one wants to sit in a theater and see people munching away on human flesh, fake blood flying, bones crunching, etc.

What are Mark Rylance and Michael Stuhlbarg doing in this movie? It couldn’t have been a payday.