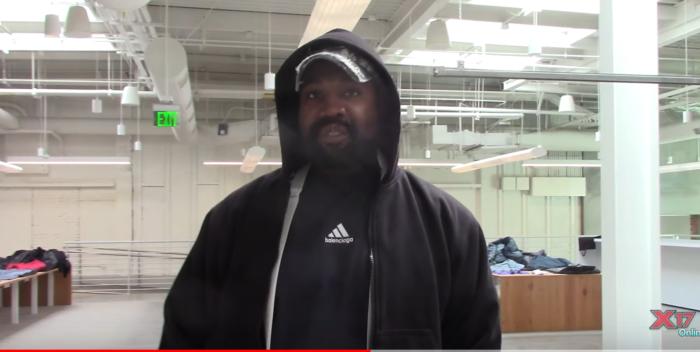 Kanye West let a videographer from X17 into his mostly empty warehouse yesterday. Watch — the place is empty, there are fewer than a dozen people there sewing or whatever. (I hope they’re being paid and have health benefits.)

There is also very little inventory. Kanye says he’s going to “cut it up” and sell each piece for 20 bucks. This is just blather.

He also says he’s running for president in 2024 and is accompanied by total nutcase Milo Yiannopoulos, one of the most reviled right wing fringe people in existence. Running for president could qualify him for federal funds, which he’ll need by early next year.

The whole video comes off as pathetic and sad. Kanye’s business is over, this is what’s left of it. The rubble.