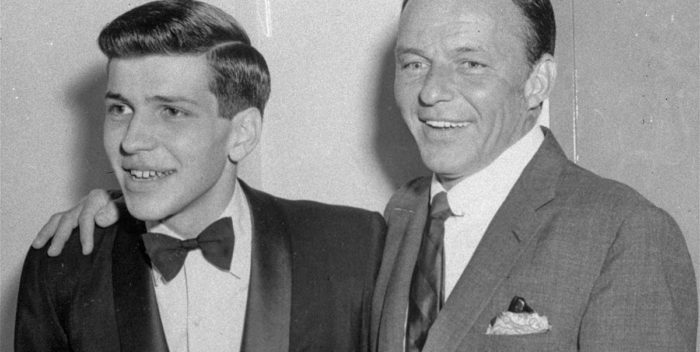 Actor John Stamos has had a hit podcast all summer about the kidnapping in 1963 of Frank Sinatra, Jr. by Barry Keenan.

Now Stamos reports on Instagram that Keenan has killed himself. Stamos — to whom Keenan wrote a goodbye letter — says Keenan was 82 and “in tremendous pain,” and suffered from mental illness.

Keenan and two school friends were 23 when they decided to kidnap Frank Jr., who was staying at Harrah’s in Lake Tahoe where he was already performing as a conductor and would be crooner. It was December 8, 1963, just a couple of weeks after the assassination of President Kennedy. They demanded $240,000 in ransom, which Sinatra paid after offering $1 million. Three days later the kidnappers released Sinatra.

Apprehended, all three were convicted. Keenan’s sentence was 75 years, but he got in four on the grounds of mental illness. Later he became a successful real estate broker in Los Angeles. Go figure.

Sinatra Jr. by all reports was a sweet guy and talented musician who lived in his father’s shadow. He died from a sudden heart attack, after surviving cancer, in 2016 at age 72.

If Stamos is going to produce a movie, he should do it now. All the guys in the film are young, which will make it attractive to studios. Frank Jr’s sisters, Nancy and Tina, should be thrilled their brother will finally get his proper credit. The movie can start with an older Jr. (played by Stamos) recounting the story to his son. (There, I wrote the movie.) Joe Piscopo will not play Sinatra Jr.

“Dear John, by the time you receive this letter, I will have committed suicide.”
That was the heading of a letter I received from Barry Keenan, the mastermind behind the 1963 kidnapping of Frank Sinatra Junior and the subject of my recent podcast, Snatching Sinatra. Barry shot himself Sunday night. He was 82. He was in a tremendous amount of physical pain. He’s free now. I’ve spent many years with Barry working on bringing his colorful yet troubling story to light, and I will continue. Barry was motivated by a deep compulsion to help people. His mental illness made it difficult for him to see that his methods weren’t always appropriate – in the case of the Sinatra kidnapping, they were dangerous and illegal. But his intentions were always sincere. That was the Barry I knew.
He worked hard to shine a light on mental health and addiction, helping thousands not suffer the way he did. As I spoke about in the pod, all Barry wanted was a seat at the big table. His friends were rich and famous, and he wanted the same thing. He just went about it the wrong way. He did his time and cleaned up his act but never quite made it. Maybe now, where ever he is, he’s sitting pretty at the big table with a White Russian in one hand and a Cuban cigar in the other. But Barry, if you see Sinatra Senior at that table, run! He’s still pissed at you.
God Bless you, Barry-
May your guardian angels, or “the committee” as you called them, protect you and keep you safe.
Your pal,
John