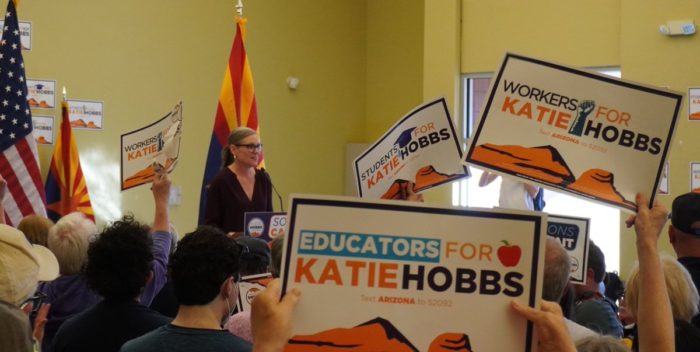 I don’t report on a lot of election news, but this is sweet. Kari Lake, who is quite crazy, has lost her bid for Governor in Arizona. The election has been called for Katie Hobbs.

This is another huge loss for Donald Trump and his MAGA Candidates. It’s a relief to know that they couldn’t get away with their plans to destroy the country. Hobbs played it smart. She just let Lake talk and talk but wouldn’t get into a debate with her.

Lake was among the more dangerous, stupid and annoying people running for office this year. She was just lampooned on SNL by Cecily Strong but seriously her ideas and plans would have sent Arizona into not just the Twilight Zone but another level of madness.

Now Arizona has a Democratic governor in Hobbs and a re-elected senator in Mark Kelly. The next election will be to remove Krysten Sinema, their Senator who claims to be a Democrat but has only worked against progress and mental health since she was elected.

The only real sticking point for in this election: the horror of Sarah Huckabee Sanders as governor of a state. Of course, it’s Arkansas, but still…I hope their Dem party can get it together to remove her in four years.