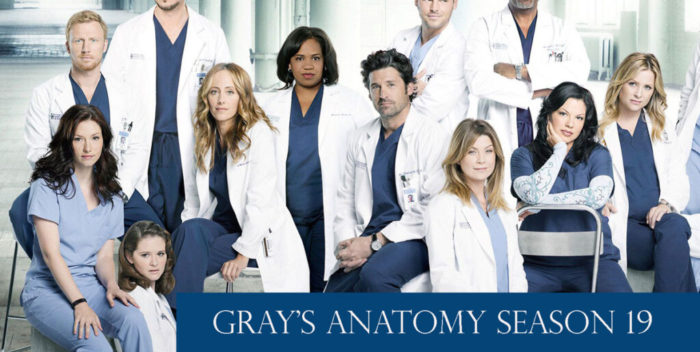 LAST WEEK: Word on the street is Ellen Pompeo is almost out of “Grey’s Anatomy” after 19 seasons. She said she’d only be in 8 episodes this season and five of them have aired. Meredith Grey may be gone pretty soon.

So how do keep calling the show “Grey’s Anatomy”? Bring back some other family members, Meredith has a sister, Lexie, and a dead mother, Ellis. I’m told they’re likely returning for duty.

Ellis Grey in the person of the great Kate Burton may be haunting Seattle soon. She was killed off years ago, but Ellis always manages to return in some form.

If Meredith is gone, who can Ellis haunt? That could be Chyler Leigh as Lexie Grey, Meredith’s half sister through her father. She’s been off the show for a while, but actors now come and go from “GA” through a revolving door.

Of course, it could be revealed that Burton’s Ellis had a kid no one knew about — this is a soap opera — or Ellis might just haunt Meredith to her new locale. On the Grey scale, she’s the best actor the show has ever had. So it’s smart to bring her back.

You might want to know where Thatcher Grey, the father of Meredith, is? Jeff Perry, the actor who also was featured on “Scandal,” is now on “Alaska Daily” starring Hilary Swank. This guy never stops working!

Plus he and his first wife, amazing Laurie Metcalf, are the parents of Zoey Perry. She plays Young Sheldon’s mom on that series. Just FYI. (But Kate Burton has it over them– her dad was Richard Burton and her step mom was Elizabeth Taylor.)