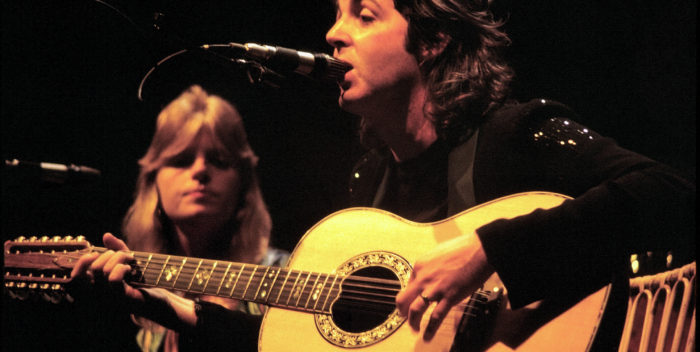 Paul McCartney’s had a lot of hits, from “Another Day” to “Uncle Albert” and more recent releases.

On December 2nd he’s releasing a real box set — in a box — of 80 remastered 45rpm singles, many of them UK and foreign releases, hard to get stuff, in reproduced covers.

Yes, these are singles with holes in the center. I hate to say it, but I probably hae the first 40 or so from original purchases! But the new mixes sound great — two are below — sound amazing. The whole thing comes housed in a two-piece, four-walled Redwood pine and Birch Ply wooden art crate manufactured in the United Kingdom.

There are only 3000 copies, whatever the price is they’ll sell out immediately if they haven’t already. I do hope there’s a CD version of this box sometime. Go to paulmccartney.com for more info.