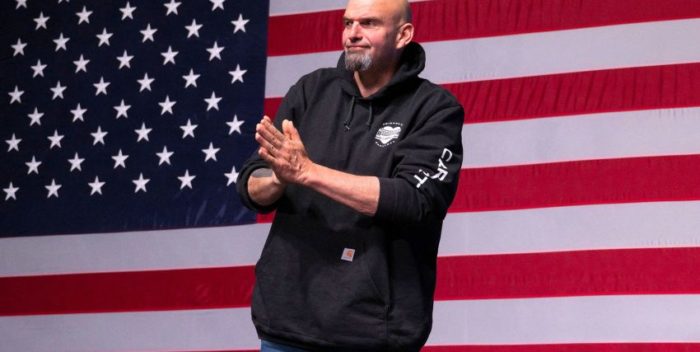 Most of the election news is very good, as you’re reading everywhere.

I am particularly thrilled that Kathy Hochul soundly defeated Long Island nut Lee Zeldin. He represents the worst of backward thinking Suffolk County which is a lot like Ohio, which did elected an actual hillbilly– JD Vance — to the senate for no reason except they could. Vance wrote a memoir called “Hillbilly Elegy.” I’m sure everyone involved in publishing that book and making that movie regrets it.

Hochul has proven so far to be an excellent governor following the Andrew Cuomo exit. Now she must live up to the hype. I think she will. Her election is a repudiation of Rupert Murdoch and the NY Post, which hammered her every day trying to elect Zeldin. Nice to know, no one took the Post or Michael Goodwin seriously. Also re-elected, Senator Chuck Schumer. New York remains all blue.

In Pennsylvania, John Fetterman defeated quacky Dr. Oz who was a carpetbagger and didn’t even live in the state. I’d like to say we’re rid of Dr. Oz, but I’m sure he will be back on TV by next fall. Oprah has wiped her hands of him, but one of the conservative companies — Sinclair, likely — will resettle him sooner than we’d like.

Colorado is blue, Sen Warnock looks like he’s won in Georgia (even if he needs a run off), and the totally crazy Lauren Boebert seems to be voted out of office. In Connecticut, Governor Lamott won, and the new governor of Massachusetts is a lesbian. In Michigan, Governor Wittmer was re-elected after crazy people there tried to kidnap her.

What did this election show? The consensus seems to be that Election Deniers were mostly denied. Texas and Florida are mostly write offs, but time will tell what happens to their officials (there are always recalls, impeachments). Things could be a lot worse.