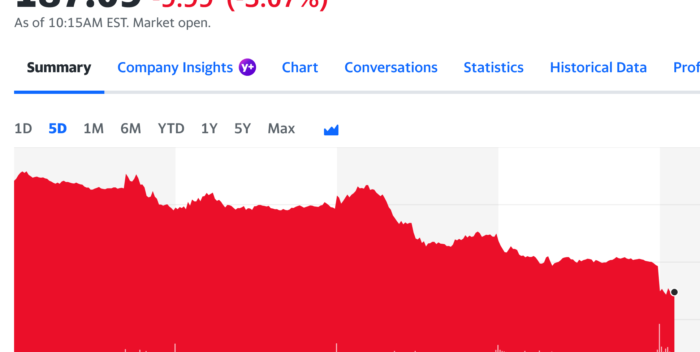 Elon Musk’s Twitter project is turning into a disaster. There seems to be hourly chaos. It reminds me of a Kanye West meltdown.

Musk has been busy in the last day advising his followers to vote for a Republican congress, announcing an $8 charge for the Twitter Verified check mark, and banning accounts that parody him. The result is he’s being mocked everywhere, by everyone, all the time.

Meantime, Musk Tweeted in the last hour: “While it’s true that I’ve been under unfair & misleading attack for some time by leading Democrats, my motivation here is for centrist governance, which matches the interests of most Americans” He also insisted Twitter usage is at an all time high. “I hope the servers don’t melt!”

It’s a strange turn of events because Tesla investors have obviously gotten the message. What’s more, potential Tesla customers may now be looking at other electric cars — and there are plenty to choose from.