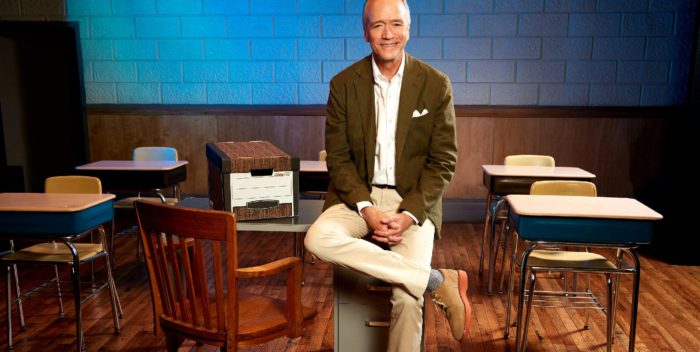 I am in shock and a lot of people are this afternoon. Just last week I told you about my friend Doug McGrath’s extraordinary one man show, “Everything’s Fine,” at the Daryl Roth Theater.

Last night Doug did not show up for his 7pm performance. Sometime in the hour before the show he passed away suddenly. He was 64 years old, in what seemed like great shape and great humor. Condolences to his wife, Jane Martin, who he met when he wrote for “Saturday Night Live” years ago.

Doug was a sweetheart, easygoing, hilarious, a great story teller, and a great friend. I will miss him so much as will so many others.

He was nominated in 2014 for a Tony Award for Best Book of a Musical for writing the Carole King show, “Beautiful.” He was also nominated with Woody Allen for their screenplay of “Bullets Over Broadway” (he also acted in several of Woody’s movies). In 1995, Doug had huge acclaim for writing and directing Gwyneth Paltrow’s first hit, “Emma,” adapted from Jane Austen. His other credits included his much applauded version of “Nicholas Nickelby” for the screen, and a wonderful film about Truman Capote called “Infamous.”

“Everything’s Fine” was an ironic title. Absolutely nothing was fine with Doug as a teenager. The play brilliantly revealed that at age 14, in 1971, he was groomed by a sociopathic female teacher who was 47 and obsessed with him. After the show last week I said to him, how can you do 7 performances of this a week? But Doug showed no signs of stress. He was enthusiastic about getting his story out.

I am in tears. Doug was in such a good most of the time, you could actually call him chirpy. He was a hail fellow well met, as they used to say. So very sorry.