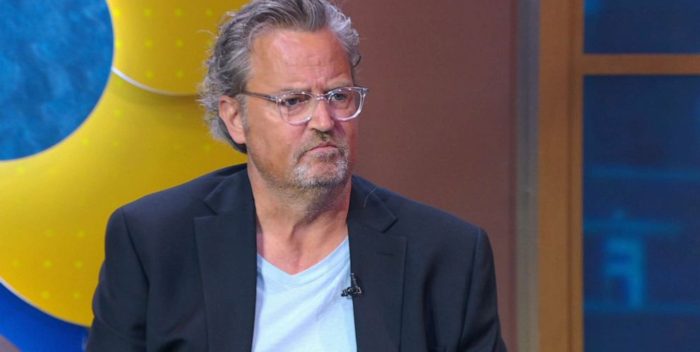 So “Friends” star Matthew Perry’s book is out. We’ve heard a lot about his drug and alcohol addiction but given no reasons for it. He just had it. Diane Sawyer didn’t ask why– she was too busy talking.

Turns out, he writes, his parents gave him barbiturates to put him to sleep. As a baby. To put him to sleep. In his first month of life. Got that? Father was an actor and a model. Mother worked for Pierre Trudeau. They were not hillbillies. And yet…He makes one mistake in the first sentence following here. He didn’t take phenobarital. He was given it, by adults.

Did they create his drug addiction?

“I’m told I took phenobarbital during the second month of my life, between the ages of thirty and sixty days. This is an important time in a baby’s development, especially when it comes to sleeping. (Fifty years later I still don’t sleep well.) Once the barbiturate was on board, I would just conk out. Apparently, I’d be crying, and the drug would hit, and I’d be knocked out, and this would cause my father to erupt in laughter. He wasn’t being cruel; stoned babies are funny.”

By the way he’s very charitable to these young parents. He says:

“I want to be very clear on this point. I do NOT blame my parents for this. Your child is crying all the time, clearly something is wrong, the doctor prescribes a drug, he’s not the only doctor who thinks it’s a good idea, you give the drug to the child, the child stops crying. It was a different time.”

“There are baby pictures of me where you can tell I’m just completely fucking zonked, nodding like an addict at the age of seven weeks. Which is oddly appropriate for a kid born the day after Woodstock ended, I guess. I was being needy; I was not the cute smiling baby everyone was hoping for. I’ll just take this and shut the fuck up. Ironically, barbiturates and I have had a very strange relationship over the years. People would be surprised to know that I have mostly been sober since 2001. Save for about sixty or seventy little mishaps over the years.

“When these mishaps occur, if you want to be sober, which I always did, you’d be given drugs to help you along. What drug may you ask? You guessed it: phenobarbital! Barbiturates calm you down as you try to get “whatever other shit is in your body out; and hey, I started taking one at thirty days old, so as an adult I just picked up where I’d left off. When I’m at a detox, I’m very needy and uncomfortable—I’m sorry to say I’m the worst patient in the world.”