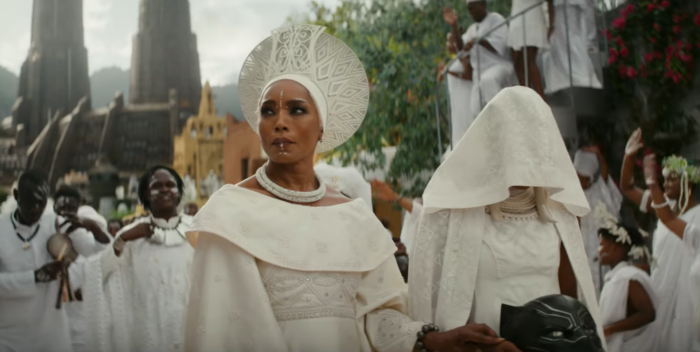 Tonight, after having a strange premiere last week in Hollywood, Disney screens “Wakanda Forever” in New York. Press is not invited, just as they were shunned last week out west.

The press screenings for “Wakanda Forever,” the sequel to Disney’s $700 million blockbuster “Black Panther,” are next week. Reviews are being held until two days before the movie opens in previews on Thursday, November 10th.

The press knows the story of “Wakanda Forever,” how director Ryan Coogler had to recover from the tragic loss of star Chadwick Boseman. Disney has already leaked that the Boseman’s T’Challa, the real Black Panther, dies in the new film. Of what? I’ve heard that it’s just announced he’s passed away from a vague illness.

Disney is heavily promoting the women of “Wakanda Forever” since the only other big male actor of the first film, Michael B. Jordan, played a villain who was killed off. (He’s said to appear somehow in the sequel, maybe in a dream or as an apparition.) Oscar winner Daniel Kaluuya also opted out of “Wakanda Forever” after “Black Panther.” That leaves the most likely candidate for new Black Panther in the person of Letitia Wright. She plays Shuri, T’Challa’s sister. In the Marvel comics on which this is all based, Shuri assumes the role. So it follows that she will do the same in “Wakanda Forever.”

Wright posed a lot of problems during the filming of “Wakanda Forever.” She is a vaccine denier, rumored to have gotten COVID at one point. Shooting on the film stopped for several weeks beginning last Thanksgiving when Wright was said to have suffered an injury to her arm. But the injury happened in September, and Wright could not and did not return to the set until the following February. (I doubt her pay was docked.)

Tonight’s events include a screening for the Guilds at the DGA, another one on West 34th St.. — a theater typically used for Black films, plus a party that some of the cast will attend without being questioned about anything by rogue reporters. (This was the same in Hollywood.) Angela Bassett, who plays Queen Ramonda, will not be in attendance. Neither will Michael B. Jordan, who did attend the Los Angeles screening, but is getting ready to promote his “Creed III” coming shortly.

Disney is playing all this close to the vest, apparently, counting on “Black Panther”‘s success to cause a stampede the first weekend — predicting $175 million — before reality sets in. Will fans embrace Wright as the Black Panther? Time will tell.