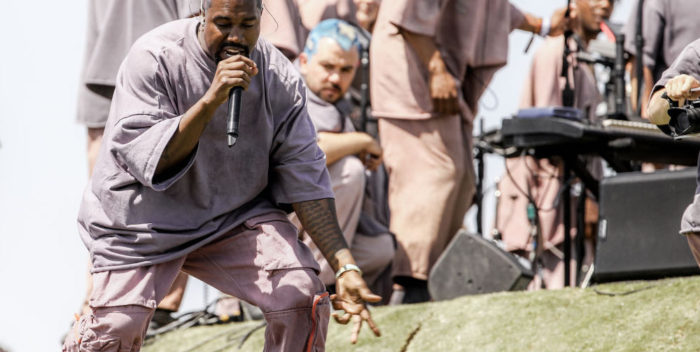 When Kanye West first went on his bender of antisemitic rants, the first person to criticize him was William Morris Endeavor chief Ari Emanuel. Ari’s brother is former Chicago Mayor Rahm Emanuel. They are Jewish. Ari, many years ago, was the first Hollywood player to publicly disavow Mel Gibson after his antisemitism scandal.

Now today Kanye is blaming the Emanuels for his problems: not only loss of his income, but the closing of West’s Donda Academy School in the Simi Valley of Los Angeles. He calls out the Emanuels as “business” people– meaning Jews. Kanye is a sick, sick man. He also includes in this Instagram a graphic photo of the late Emmett Till after he was killed. Kanye is conflating everything about racism to reach some kind of unclear point without taking any personal responsibility.

Kanye is also calling the Emanuels and Facebook’s Mark Zuckerberg “masa,” which is beyond insulting. What’s more frightening about this is that West is stuck. No one is coming to his aide, or assistance with advice and counsel. And if they are, he’s not listening to them. He’s just hurling insults and making everything much worse. It’s unclear who will reach out, who he’ll accept, or how to get to any point of resolution before he’s destroyed completely. Believe it or not, no one wants to see that. But this descent into madness can’t be tolerated.

Here’s his message to the Emanuels:

Ari Emmanuel:
Can you find a place for the Donda Academy kids to go to school that’s properly zoned for a school?

I got about 60 children that have no place to be as they look to transfer.

They tried to dismantle our basketball team. Those boys are being penalized without reason.
Even professional athletes were threatened by their owners to disassociate.

You tried to bankrupt adidas and me at the same time

At least as I burn to the stake in front of the whole world… // everyone now knows who they need to really be afraid of.

And now eeeeveryone knows how much power you “Business” people actually have.

Only a truly powerful “business” person could have thought of that and sent her to do this.

To everyone in the world! // Take me as an example of what will happen if you show any frustration.

Your frustration does not matter!

We declare today the day when no human is allowed to be human.

Please note that I have never physically hurt anyone.

We bus underprivileged kids in from all over and they love it at Donda Academy.

I see and understand just how powerful you are, but even the mighty Pharoah was no match for the power of GOD.

I trust my Jesus. The KING of Israel.