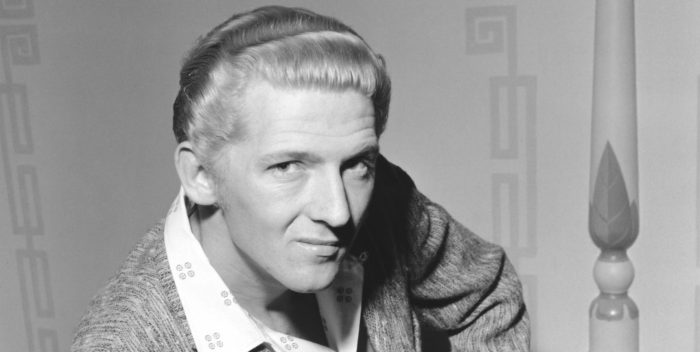 No more shakin’ go on: rock and Roll pioneer and wild man, Jerry Lee Lewis, has actually died at age 87.

Jerry Lee’s death was announced a couple of days ago, erroneously. But now he’s most seriously dead.

You do know that Jerry Lee, Johnny Cash, Carl Perkins, Conway Twitty, and Roy Orbison were the creators of rock and roll — not mention Chuck Berry and Little Richard. What Jerry Lee could do on the piano is beyond legendary. Forget about his crazy persona life — because we all know how crazy that was — Jerry Lee’s songs form the foundation of rock and roll. “Whole Lotta Shakin’ Goin On,” “Great Balls of Fire,” and all the rest of them are where it all begins. I was very lucky to see him play that piano in my lifetime. There’s a reason he was known as The Killer.

Of course, Dennis Quaid memorably played Jerry Lee in the movie “Great Balls of Fire.” And he was featured in dozens of documentaries. In the 2000s late kinda billionaire Steve Bing fell in with Jerry Lee and underwrote albums and tours that formed his renaissance. Bing will always be remembered for this kindness to a legend, and Jerry Lee thought of him as a son (more than Bing’s own family).

And yes, Jerry Lee was infamous for marrying his underage cousin a thousand years ago. It was a different time, and a different planet. His music outlives all that mishegos.