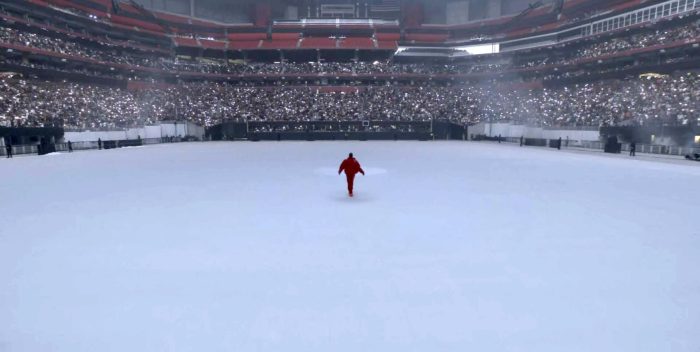 Here’s a lesson for everyone: do not send your kids to wonky private schools created by celebrities.

The London Times reports that Kanye West’s Donda Academy has shut down abruptly. The school is in Los Angeles’s Simi Valley and costs $15,000 a year. The Donda Academy was famous making its students sing praise to Kanye’s dead mother every morning at assembly.

When West’s antisemitism scandal broke two weeks ago the head of the school quit. Since the parents are bound by NDA’s they haven’t spoken, but without administrators and possibly teachers the school had to shut down. The remaining administrator says they’ll be back in September 2023, but I doubt it. By then Kanye will be absolutely broke and this school will be a distant memory.

For the parents, though, this has to be a nightmare– switching schools after two months into the new year. Any parents who want to talk to me in confidence, please email me at showbiz411@gmail.com.

This situation is not unlike how Will and Jada Pinkett Smith’s neo-Scientology school, New Village Academy, shut down in 2012. That school actually made it for three or four years before the whole thing collapsed in educational rubble.

Meantime, West — instead of apologizing or demonstrating contrition, has been mocking his critics over the last several hours on social media. Also, he tried to visit the Skechers headquarters yesterday to try and replace Adidas after they bailed on him. They very publicly kicked him out. Kanye is in a free fall now, having lost most of his income in one day.