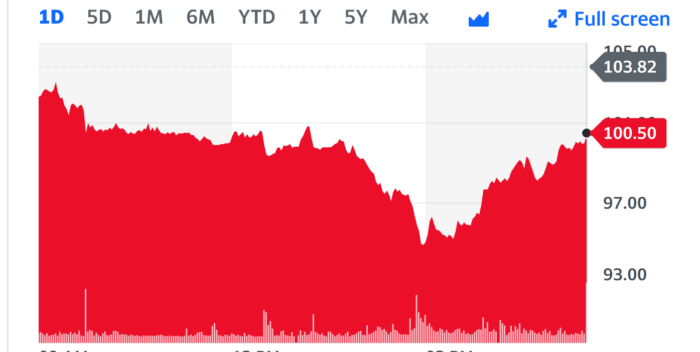 Adidas may have taken too long waited too late to renounce Kanye West.

The German company’s stock price did not rebound to where it had been yesterday or, more importantly, last week after West’s antisemitic remarks were first launched.

Adidas had already been in decline because of issues with China. But on Friday the stock went off a cliff with their resistance to making a statement about West. The thinking, I’m sure, is that finally acquiescing to public sentiment would rescue the stock. But the public is too smart for that.

What will be interesting is Adidas sales going forward. Will buyers of sneakers drop the brand and turn to New Balance or my favorite, Brooks? Time will tell.