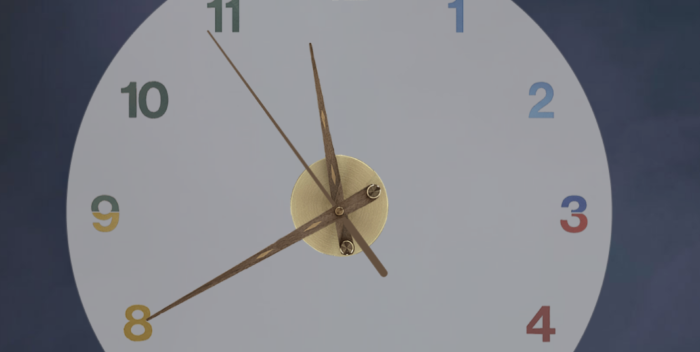 Taylor Swift has broken another record — figuratively — for selling records.

“Midnights” has apparently sold almost 500,000 LP copies since its release on Friday. This makes sense– if 100,000 people each purchased all four collectible colored pieces of vinyl, that would make at least 400,000.

So it’s not actually a half million people. It’s more like 125,000 people buying the same record four times. Even so, that’s $100 per person, give or take. Not bad.

When you put the record covers together, you get a picture of a clock. There’s a separate clock mechanism that can be purchased that makes the whole thing into a souvenir. That costs $49.

Adding in CDs and streaming, hitsdailydouble.com is predicting sales between 1 million and 1.5 million by Thursday night. Got that? Swift has at least a mansion in Rhode Island and homes in New York and London. Just sayin’… She knows how to make money, that’s for sure!

Is this album any good: Well, it’s a lot like other Taylor Swift albums. I kind of like the song, “Anti-Hero,” and there are about a half dozen new tunes like “Would’ve Could’ve Should’ve” that will give it “legs” for a few months.