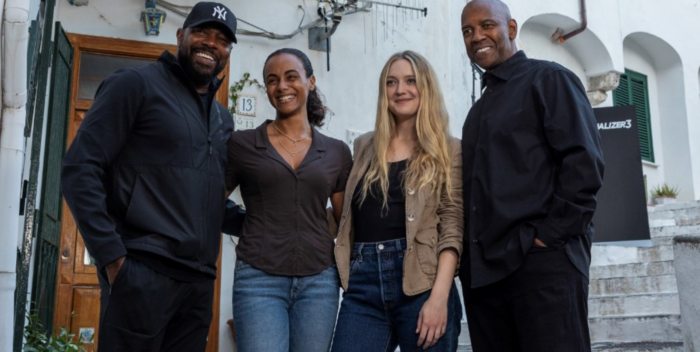 I thought when Queen Latifah started playing “The Equalizer” on CBS, that would be the end of “Equalizer” movies.

Guess again. Denzel Washington is in Italy, on the Amalfi coast, shooting “The Equalizer 3.” This is despite the Queen now in season 3 of the hit TV series.

Well, maybe you don’t watch one or the other, the movies or the series. Or maybe it doesn’t matter and soon there will be lots of people playing “The Equalizer” on different platforms.

“The Equalizer 3” also stars Dakota Fanning and Gaia Scodellaro. Antoine Fuqua is directing, of course. There will be guns and pizza.

PS Hey — here’s an idea. A cross over, with Denzel and Latifah playing brother and sister. We’d all pay to see that!