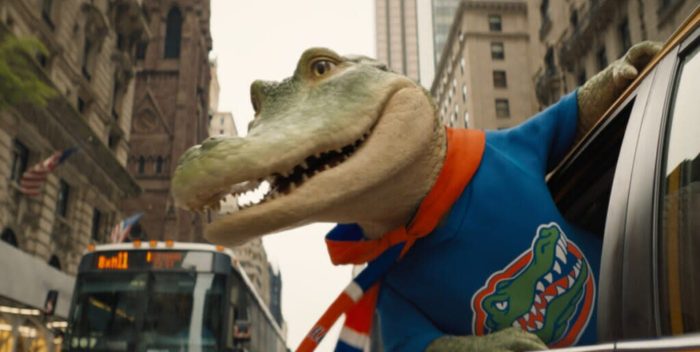 The box office remains a perilous place in this time of streaming and inflation.

As I told you Friday morning, David O. Russell’s “Amsterdam” with a cast of thousands, is officially dead. Weekend total was $6.5 million. On an $80 million movie, “Amsterdam” is a write off about $150 million. The movie came from Fox, which became Disney. And Disney has managed to send most of the Fox movies into the sea.

“Bros’ is also dead. “Bros” had incredible promotion. You couldn’t escape Billy Eichner and Luke Mcfarlane. They were everywhere and did everything. But no one wanted this movie– not straight people, not gay people. After two weeks “Bros” comes in with $8.8 million.

Both “Bros” and “Amsterdam” were beaten soundly by a crocodile called Lyle. “Lyle Lyle Crocodile” brought in $11.5 million on its opening weekend. It’s a nice turn for Shawn Mendes, the voice of Lyle, who earlier this summer cancelled his pop tour to “find” himself. And he did!

Among pop stars in movies, Mendes is the winner. He outpaced Harry Styles and Taylor Swift. Good work!