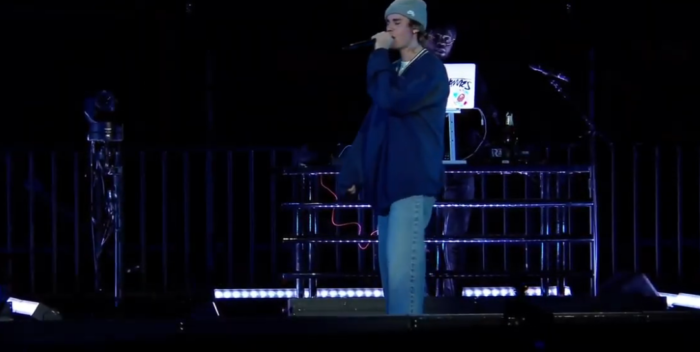 There’s news today that Justin Bieber and manager Scooter Braun are jumping on the catalog bandwagon. They’re trying to get a piece of the billion dollar pie in music publishing.

Bieber, they envision, would join everyone from Bob Dylan to Sting to Fleetwood Mac, and so on. Bruce Springsteen got $500 million for his songs, so why not Justin Bieber?

Ok, when the laughing stops, let’s talk. Most Bieber hits have six to twelve co-writers. If they weren’t bought out in perpetuity at the start, then Bieber’s piece might be 50%. Take “Peaches,” a dozen credited collaborators. Some of these songs would require a conference room for a meeting of the writers, or a Zoom call that would fall off the screen. Even the ones with one or two people– the people are Benny Bianco and or Ed Sheeran.

So good luck with this plan. Bieber, of course, is in a financial bind (don’t worry, he’s rich) because he keeps cancelling tour dates. Selling his part of the catalog would be a backstop. Expect a crazy and unverified announcement of a sale — “biggest in history for a performer under 30 and five foot 8” — but take it with a grain of salt. Or a shaker.