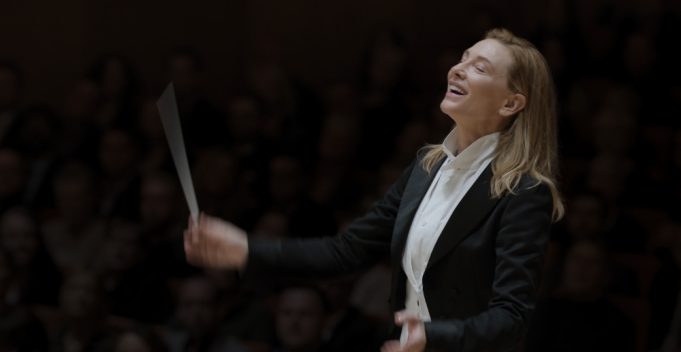 Classical music conductor Lydia Tár is no day at the beach. She is a “Maestra,” a unique female star of the podium, an international sensation who bears a strong resemblance to real life photographer Annie Leibovitz, is self absorbed, headstrong, unpleasant, disloyal, and often downright mean.

Lydia is the creation of writer-director Todd Field, and she’s not based on anyone but sprung from his imagination. Field — who made terrific films like “In the Bedroom” and “Little Children” — debuted “Tár” at the New York Film Festival last night to a cheek by jowl audience in Alice Tully Hall, followed by a very chill, low key dinner at the Plaza Hotel’s Oak Room. Some of the guests included Claire Danes and Hugh Dancy, Julianna Margulies, and Gina Gershon.

But the center of attention was Cate Blanchett, two time Oscar winner, who gives a performance fot the ages as Lydia. She’s on screen for almost all of the two hours and forty minutes. You can’t take your eyes off of her, except when Nina Hoss, who plays a top violinist in her Berlin Symphony and her partner (they’ve adopted a cute little girl together) slyly works the edges around Lydia in what should be a Best Supporting Actress nomination.

There is just about nothing likeable about Lydia Tár. Blanchett plays her as anti–heroine, and that’s right. Even as you see her musical genius, you question everything about her life. She is the least composed composer of all time. We know she’s a musical genius, and she has personal style. But she’s the Anna Wintour of classical music, perfectly horrible and very successful.

Field starts his movie with a couple of speed bumps. The film opens with end credits that run over atonal screeching, a female vocal not unlike Yoko Ono. This is supposed to be one of Lydia’s cutting edge compositions. (She’s no Gershwin.) This is followed by Lydia and real life New Yorker writer Adam Gopnick onstage at a faux New Yorker Festival style event in front of an adoring audience. It’s so pretentious I was looking for the exits. But Field uses all this as a way to establish for the audience that Lydia knows what she’s talking about. She’s a bit of a genius.

But keep the faith! Once this business is over, “Tar” begins and all this mishegos is forgiven. You see Lydia in her natural habitat for the first time, the movie begins and so does a film adventure that is often mesmerizing even when it can feel exasperating. Field peels Lydia back like an onion, layer by layer, so that by the time we get to the last hour — and all hell breaks loose — we are experts about her world.

The last hour — it’s worth the first hour and forty minutes. It’s no surprise that Lydia has invented herself from nothing. Disgraced, she returns home to the US for a moment where we see her origins. Her undoing results not in destruction but yet again another reinvention. Lydia Tar is a survivor.

“Tár” has a significant musical score not just from classical composers like Mahler, but from the great modern composer Hildur Guðnadóttir, who will also be Oscar nominated (she won for “Joker” in 2020). There are wonderful supporting players like Julian Glover as the former orchestra leader who tries to advise Lydia, and Noemie Merlant as the long suffering assistant who does her boss in. Bravo to all of them.

Some people will find “Tár” slow. I was thinking as I watched it that it reminded me of last year’s “Drive.” These movies are journeys, they’re in their own category, and their existence may be a response to the short attention span of the contemporary audience. Put away your phones, this is what an immersive experience is supposed to be.