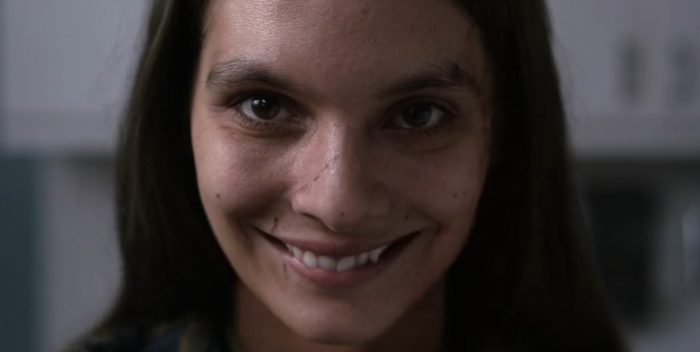 The box office is a horror.

Paramount’s “Smile,” a movie we will never see, managed to grab $22 million this weekend. I’m sure no one in the audience smiles during or after this one. But it’s the horror film of the month. Is there no point at which these blood fests don’t become repetitive or redundant to their audience? I don’t get it. But they keep the studios involved afloat with low budgets and low expectations. It’s good for Sosie Bacon, talented actress daughter of Kevin Bacon and Kyra Sedgwick.

The real horror is “Bros,” the gay comedy that was so heavily promoted and marketed. “Bros” turned out to be a very niche film. The total is $4.8 mil, a crushing disaster for a movie that wasn’t met with Universal appeal.

Some other news: “Avatar” re-release has picked up another $4 million, bringing its total to over $18 million. This is great news for Disney/Fox/whatever for the new “Avatar” coming soon. The audience is still into this Blue Man Group!

“The Woman King” chugs away to $46 million after three weeks. Not a smash hit, but still hanging in there. Sony’s other fall release, “Bullet Train,” finally arrived at the station with $101 million. Yes, it took nine weeks. They made a lot of stops along the way.

“Don’t Worry Darling” fell 62% from last week, no PR good or bad could help it. They’re at $32 million, just $3 million shy of the budget and another $35 million short of breaking even including theater rentals. As Harry Styles once sang, it’s a sign of the times.