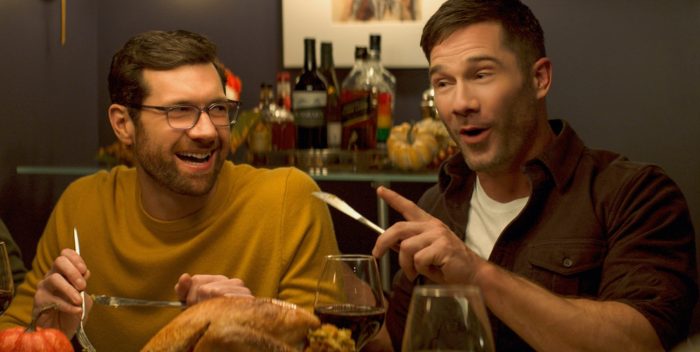 It’s not like Universal didn’t put everything into “Bros.” The marketing and publicity have been superior. Billy Eichner has been everywhere. And “Bros” has a strong 92% on Rotten Tomatoes.

But “Bros” does not have mainstream appeal now matter how hard you sell. The audience is gay and women. Straight me will not go near it, even on a date. That much came true last night as the Judd Apatow-produced comedy picked up just $500,000 in 2,700 theaters. It made less money last night than the re-release of “Avatar,” which was in fewer theaters.

It’s not just the gay themes. Nothing is working right now. “The Woman King” is punking along and “Don’t Worry Darling” isn’t doing much better. The moviegoers are seeing high ticket prices and a crashing stock market, lay offs, and a possible recession. They’re opting to stay home until they hear there’s a compelling reason to go out. Wait til “The Fabelmans” comes, and “Black Panther: Wakanda Forever” and a few others.