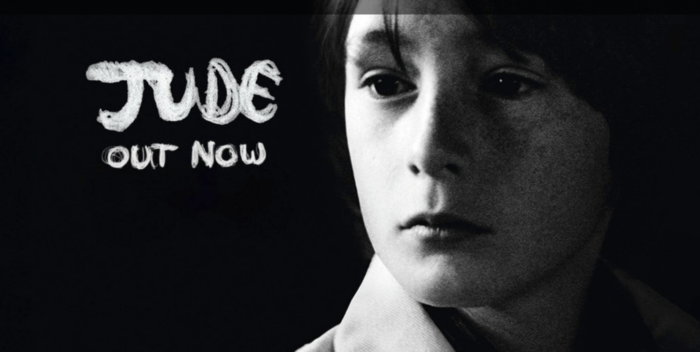 Julian Lennon, 59, the oldest son of John Lennon, has a new album out called “Jude.” It’s excellent. The title is a reference to the song Paul McCartney wrote for him after a visit to Julian and his mom, Cynthia Lennon, in 1968. It’s called “Hey Jude.” You may remember it.

Julian has made a quite statement with the cover photo for “Jude.” It’s a picture taken of him circa 1973 by May Pang. May, an accomplished photographer and memoirist, was John Lennon’s girlfriend for 18 months around that time, a time referred to by Lennon and Beatles historians called “The Lost Weekend.” That period is also the subject of an amazing new documentary about May Pang and John Lennon that we’ll see soon.

That Julian chose this photo by May Pang makes quite a statement. Although he’s close to his half-brother, Sean Ono Lennon, Julian spent a lot of years locked in a financial battle with Yoko Ono. Because John died suddenly in 1980 — killed in cold blood by Mark David Chapman — Julian suddenly found himself odd man out in the ex-Beatle’s estate. It took many years to reach an agreement with her.

Both John and his mother Cynthia became great friends with May Pang as the years went on. Once John went back to Yoko, all three of them were out in the cold, so to speak, giving them common ground. I actually met Cynthia, who died in 2015 from cancer at 75, years ago through Pang. And the friendship with Julian has endured.

Even so, May noted on Facebook today she was surprised to see the photo on the cover of “Jude,” and used for the record label as well.

“Jude” is a surprise. In the 80s, Julian had a couple of big hits with the songs “Valotte” (also the name of his album) and “Too Late for Goodbyes.” He made some more records but drifted away from music, putting out releases sporadically. “Jude” obviously took a lot of thought and work. None of the songs are his sole compositions, but his stamp is strong all over them. The production work is sterling, and his voice rings out with the Lennon trademark. The album is on BMG Records, which did a good job of a stealth release ten days ago.

“Jude” benefits from a lot of great songs. “Lucky Ones” is co-written with Gregg Alexander from New Radicals fame. There are several haunting ballads, each of which could be radio hits. They’re as haunting as May Pang’s photo, a lovely tribute to a period Julian obviously remembers fondly.