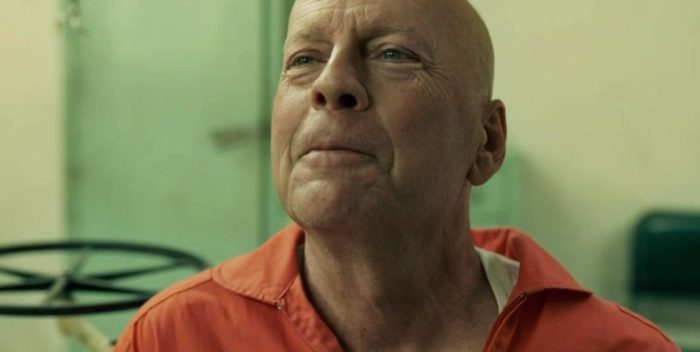 Bruce Willis’s family is cool with exploiting his image now that he can’t work.

In fact, Bruce hasn’t really been able to work for a long time. He has an official diagnosis of aphasia– he can’t speak — but really his problems with memory, speech, etc go back almost a decade.

His family has nonetheless allowed him to make dozens of cheap, bad movies in which he works a day or so, sometimes is second billed to D level actors. Bruce says a few lines fed to him through a hearing device.

Now comes word that his family has licensed his image to an artificial intelligence company that can take his likeness and stick it on another actor’s body. The company is called Deepcake because they do deepfakes. Horrified by this greed? You should be.

All of this began last year when Deepcake, according to the Daily Mail, grafted Bruce’s face onto understudy Konstantin Solovyov for a commercial for Russian telecoms giant MegaFon. More Willis deep fakes are coming, apparently.

Meantime there are still more really forgettable junk movies with Willis involved. There have already been eight — yes EIGHT– in 2022, with three more left. The last one, set for next year, co-stars the other D lister of note, John Travolta, in what should be the shit show of all time, “Paradise City.”

Sad what’s happened to Bruce. But no one close to him seems to care that they’ve ruined whatever there was of his legacy with all this crap.